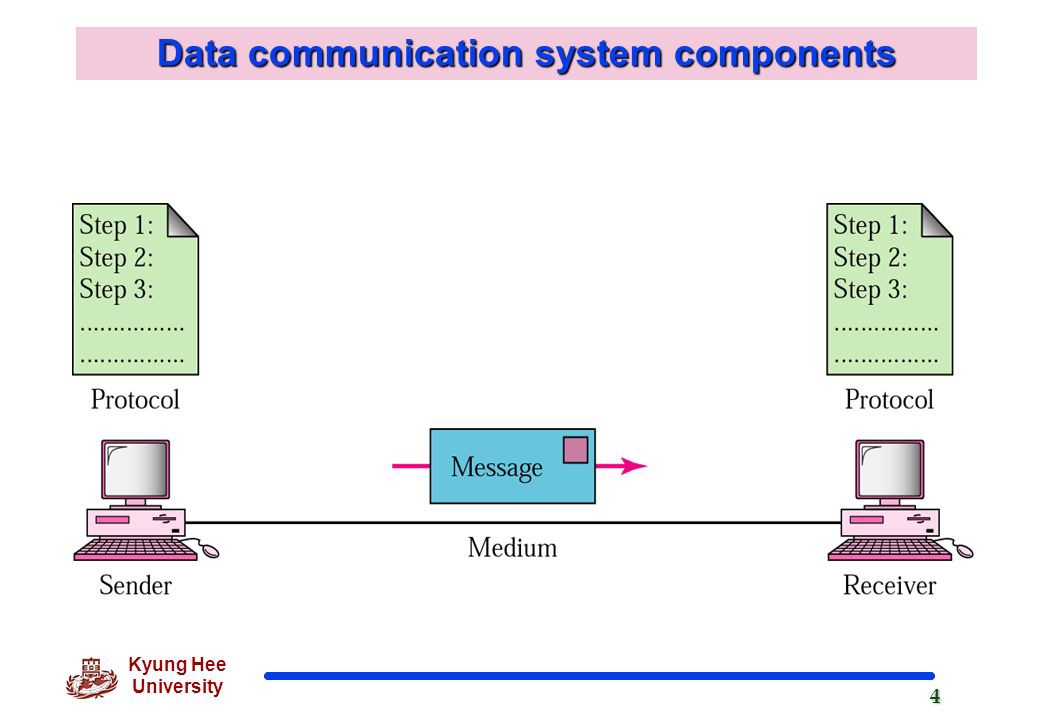 Concerns the basics of networking, starting with some common terminology of data transmission. This can be summarised as:

In order for this system to be effective it needs to ensure:

Delivery, to the correct destination. Accuracy, to ensure the data received is the same as what was sent. Timeliness, there is a minimum of delay in transmission of the signal.

This effectiveness can be hampered by:

For computers and other electronic devices, when messages are sent they take the form of analog or digital signals. Analog transmissions are broadcast as a wave and the protocol of the signal knows where each part of the wave corresponds to a particular part of data. so the peak of the wave may be an A, the trough of the wave a B. Digital transmission is via a series of voltage pushes, where a positive ‘push’ equals 1, and no push is 0. The sequence can then be translated to bits. In both scenarios, the message can be distorted by the three reasons given above resulting in degradation.

Once we know the medium by which the message will be broadcast the next consideration is how to transmit it. There are two ways to transmit:

Guided. The message is sent directly to where it is supposed to go. Taking our non-computer analogy, this would be a letter. Only the receiver receives the sent data. In the case of computers. This is primarily via cables, such as Twisted Pair, Coax or Fibre Optics.

Unguided. The message is broadcast so that anyone can receive it, For non-computer analogy, this would be talking in a crowded (but quiet room, maybe a library!) anyone within range can receive the signal. For computers, this is primarily WiFi or Bluetooth.

These transmissions can be sent in three different modes:

Simplex, only the sender can transmit.

Half duplex, the sender and receiver can transmit but not at the same time.

Full duplex, both the sender and receiver can send at the same time.